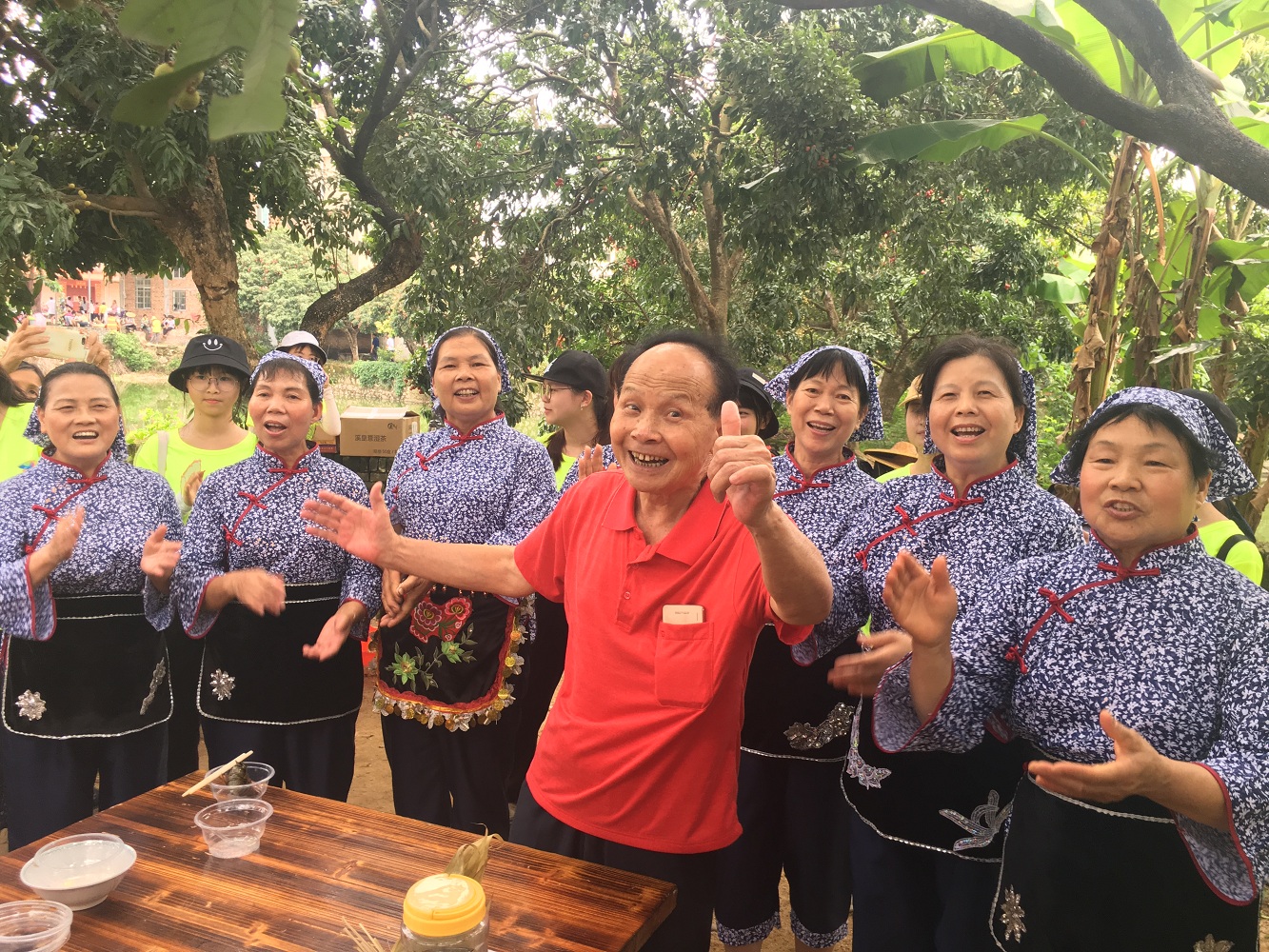 The Conghua Hakka folk song has a long history that dates back to ancient times when people from northern China first moved south to Conghua. After many generations, it has become a special local art treasure.

In their daily life and at work, the Hakka like to sing folk songs to express love, exchange feelings, motivate one another, and entertain themselves. As the Hakka mostly live in mountains, the folk song helps them express affection and relieve emotional distress from daily hardwork: even across the mountains, thanks to their high-pitched singing, the locals can hear each other and sing duets. The lyrics are colloquial, mostly expressing romance-related themes touching on freedom and love. Young men and women sing the folk songs in duet, introducing themselves to each other and expressing their love. It has been used as a vehicle for freedom in love in rural areas. In addition to romantic ones, there are untitled satiric songs and songs of praise. Conghua folk songs are popular in Liangkou Town and Lyutian Town. Since the foundation of the People's Republic of China in 1949, new developments have taken place in the genre, with new topics relating to hometown changes, farming activities and family planning having been included.

A Conghua folk song has four lines, each with seven words. The first, second and fourth lines end with level tones, while the third line ends with oblique tones. The words in each line are grouped as 4:3 or 2:2:3. Two parts of the lyrics compose one song. The singing is special too. Started with a high-pitched tune before lyrics, the song has a traditional ancestral way of singing in terms of tunes, long notes, and pronunciation. Composed in beautiful rhythms, a Hakka song features frequent use of ornamentation, such as trills, portamento and appoggiatura, so the melody is well-balanced with clear rhythm.

The local government hosts duet activities every year to promote this folk art. A special Hakka Singing Group has been established. In 2008, a show named Hakka Grandma Catching a Flight for female vocalists (based on a program by Luo Bangnuan, a retiree of the Conghua Municipal Bureau of Culture, Broadcasting, Television, Press and Publication) won a provincial golden prize.