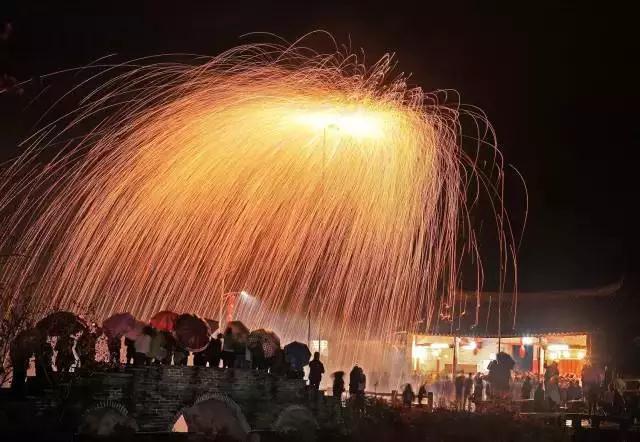 With a history of over 400 years, the practice of throwing fireworks into "lucky" doors or Zhicaimen in Chinese is an important folk event held by people in Conghua district of Guangzhou to celebrate the traditional Spring Festival, the Chinese lunar New Year.

Incomplete figures show that as many as over 60 villages or more in Conghua have a tradition of staging the celebration in separate times, which range from the 10th day to the 25th day of January in the Chinese lunar calendar.

Local village committees often share the cost of building the so-called "lucky" doors. After taking their supper, villagers stage a drum performance to further raise a festival atmosphere. Young people expect to get a reward when their fireworks explode simultaneously with those in the "lucky" door, which requires the special door to be moveable.

The celebration was added to the list of Guangzhou intangible cultural heritages in July 2011.