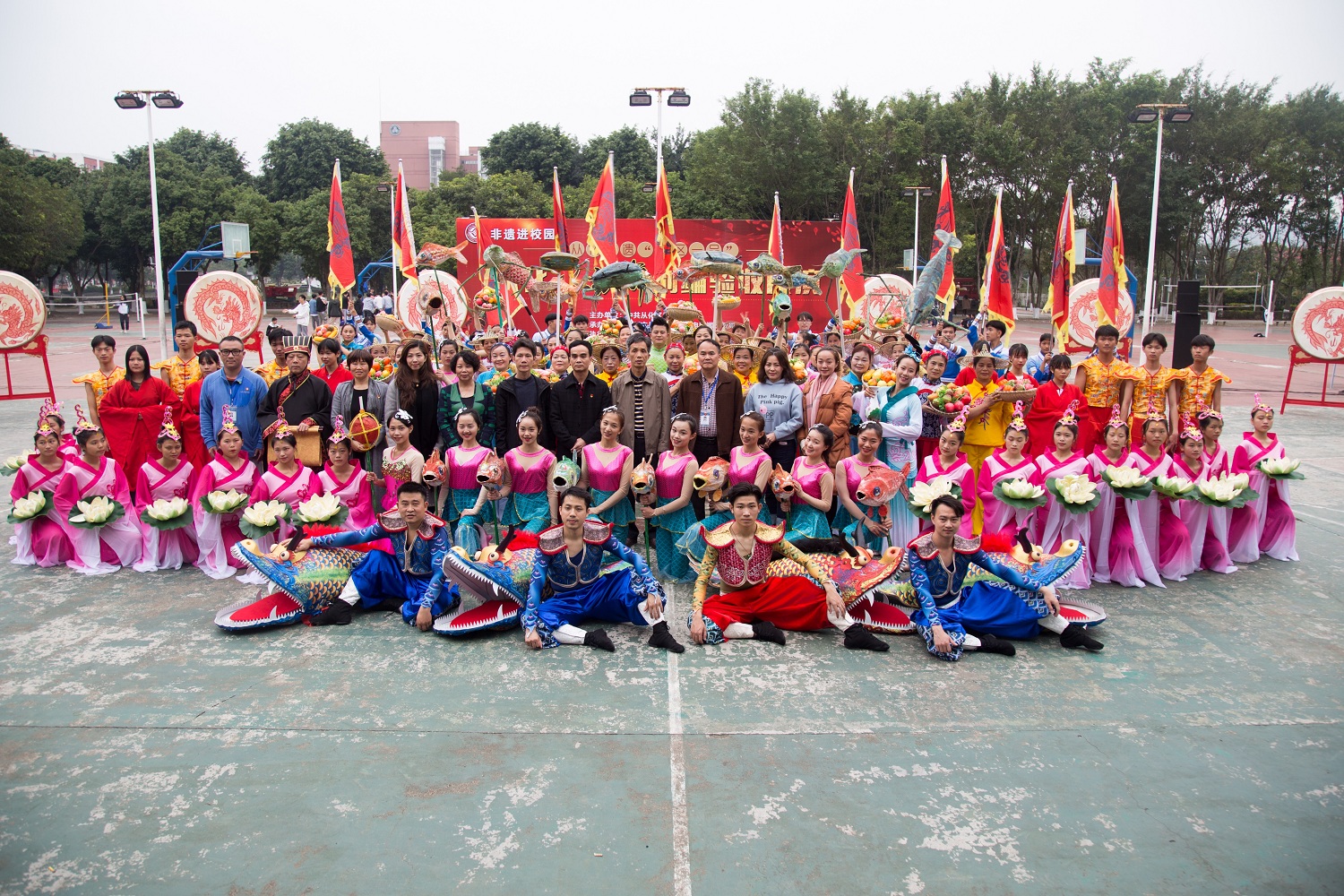 With a 200-year-long history, the Conghua aqua dance is one of the most popular folk dances in Caotangshe Village of Wenquan Town in Conghua. As the village has ponds surrounded by wild weeds, local residents started to perform dances featuring aqua life such as fish, shrimp, and crabs during the reign of Emperor Jiaqing of the Qing Dynasty(1796-1820). Over the years, it has developed into a folk tradition to pray for a good harvest. Practiced in diversified forms, the aqua dance is often seen in propitious celebrations and events, which might be held in neighboring villages. Nowadays, it is an entertainment activity popular with locals, especially during Spring Festival, Lantern Festival and other special gatherings.

The Li Family of Caotangshe Village is known for choreographing and practicing the dance. Previously, it was mostly performed at night, using fish lanterns made with paper wrapped on a bamboo skeleton and lit with candle placed in the fish's belly. Overall the choreography was mystical. In the 1980s, the prop designs have been increasingly refined, with elimination of candles for safety reasons. Since then, the dance has been practiced both during the day and at night, and tailored for open spaces such as squares. During Spring Festivals, local families will go outside to enjoy the dance. After worshiping their ancestors and setting off firecrackers, young men from the village will line up with carp, cob and shrimp props, and steered by the village master will follow the leading "pearl" to go through the "four doors" into the village ancestral hall, where they again worship their ancestors. After the ceremony, the dancers will visit the doorstep of every household in the village to wish everyone a good harvest.

Performed in four phases, the aqua dance is an ideal combination of music, dance, craft and acrobatics, with high value placed on athleticism, art, and religious, folk and historic research.