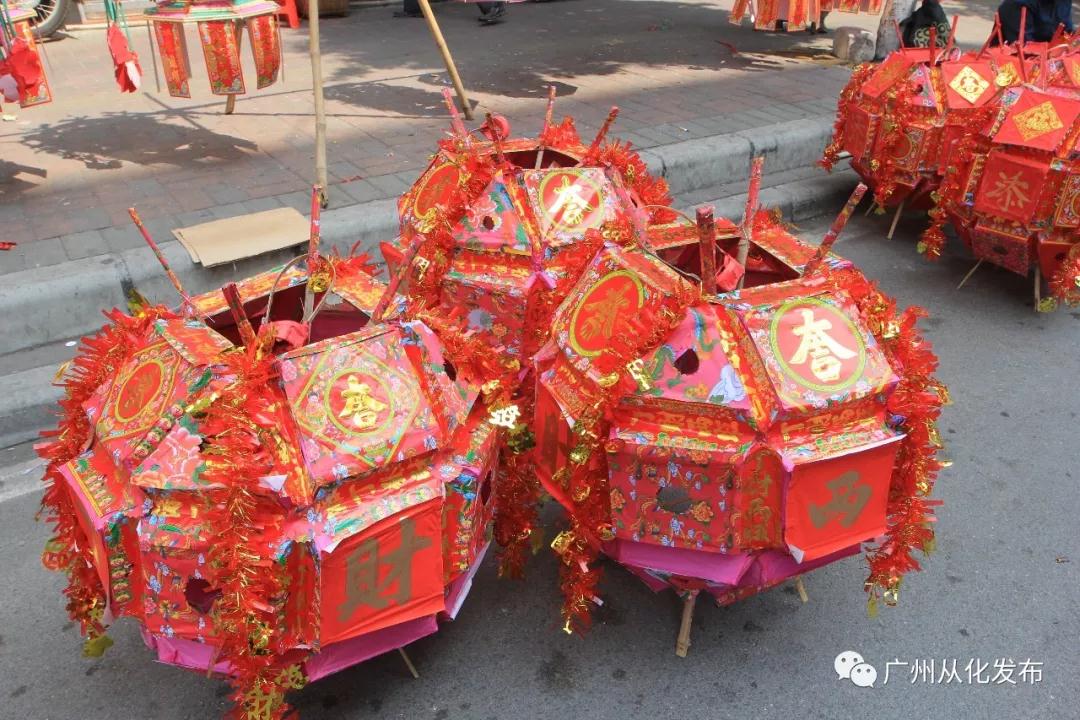 Lanterns in the shape of octahedrons. [Photo/Wechat account of Conghua]

The folk practice of hanging lanterns or Shangdeng in Chinese has a long history in Guangzhou's Conghua district.

People often used Tianding in Chinese to congratulate others on new member to their families in ancient times. The pronunciation of light or Deng in Chinese by local residents in Conghua is similar to that of Ding, which refers to the arrival of a new male member in a family.

Originating from the eve of the collapse of the Ming Dynasty (1368-1644) and the early period of the Qing Dynasty (1636-1912), the folk practice of lantern lighting is usually held when a male baby is born. In addition to hanging lanterns either in the proud family's memorial hall of ancestors or at the entrance of their mansions, other parallel activities such as drum & dragon performances, paying tribute to ancestors and drinking liquor are often held on the occasion as well.

Lanterns used for the folk convention are either manually made by the happy families or purchased in the market. Therefore, there are many lanterns on sale in the market when Spring Festival approaches every year. These lanterns are precisely fashioned and people can put oil or light bulbs into them from their top openings.

Families will hang giant lanterns in their ancestral hall and place a dozen of minor ones in Taoist temples in the village as part of the practice of lantern lighting.