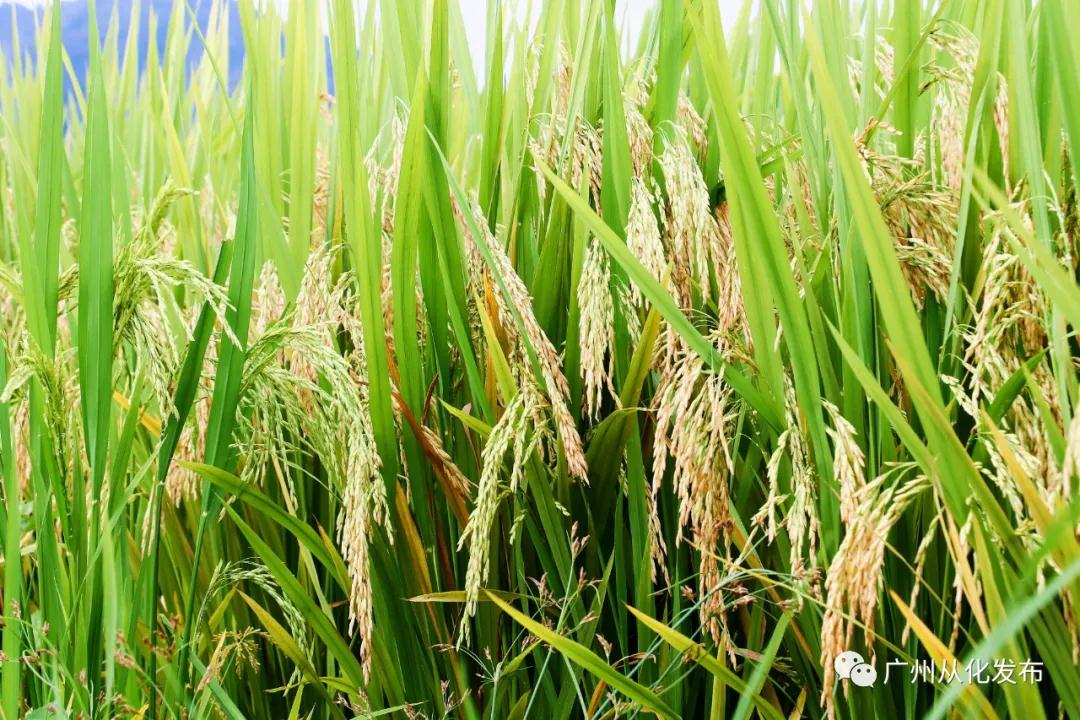 The "Conghua fragrant Rice" program was formally launched in 2020. It will promote the plantation and production of local fragrant rice through green, intelligent, mechanized, standardized and high-end methods within two to three years and to increase the district's annual income from the rice business by 360 million yuan($55.42 million).

It is anticipated that by the end of 2022 local fragrant rice acreage will amount to 25,000 mu (1,667 hectares) under the special program, with an annual production of 25,000 tons in total. In addition, the per-mu annual production of rice in the program will surpass the average yield of the entire district by 20 percent.

The fragrant rice will be added to the list of grain supplies in the Guangdong-Hong Kong-Macao Greater Bay Area next year. It is expected that the agricultural commodity will gain popularity and a large market share across the entire country within three years.

According to local officials, the 1,000-mu-farmland in Shanxia village is the demonstration base and core area of Conghua fragrant Rice Industry Park. Its affiliated zones are composed of separate rice plantation bases across the district.

The district will focus on the transformation of its rice production and management model in a move to build its brand image with national geographical indications and develop into a modern agricultural industry park.

Conghua hasfour natural strengths of lush mountains, lucid water, fertile land and fresh air in the building of its rice brand. It has been designated as an alternative source of drinking water for Guangzhou because of its positive local ecological environment.

In addition, Conghua soil has been found to abound in micronutrients such as selenium, zinc and ferrum, which guarantee the high quality of local agricultural products.

Research shows that the fragrance of both basmati and jasmine rice mainly comes from 2-AP. There is much more 2-AP in Conghua fragrant rice than rice grown in some Southeast Asian country.

To further enhance the quality of its rice, the district has adopted modern technologies like unmanned aerial vehicles and applied 5G and blockchains to create a precise system of agricultural technologies on the basis of information technology. It has also utilized the latest planting techniques which include intelligent-controlled aerobic sprouting at stable temperatures, and rice seeding and cultivation aided by water conservation irrigation.