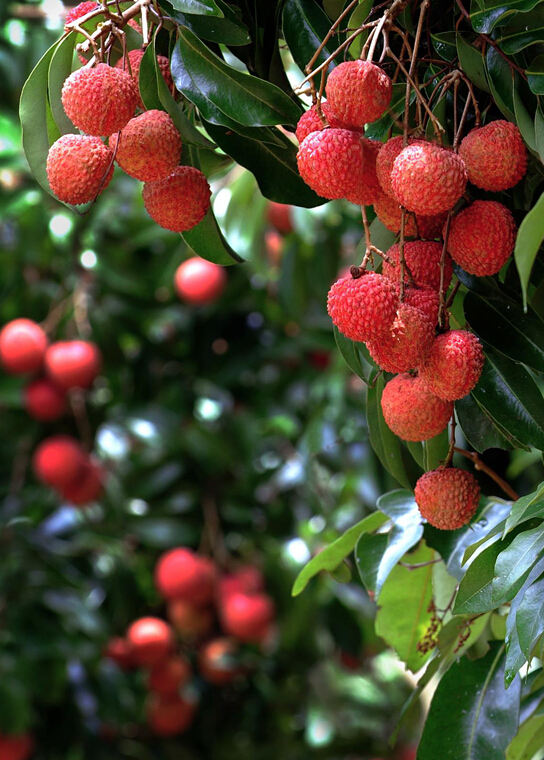 Lychee is a subtropical fruit and one of the four most famous fruits of Lingnan, an area loosely refers to Guangdong and Hainan provinces as well as Guangxi Zhuang autonomous region.

The fruit was originally cultivated in the southern part of China more than 2,000 years ago. At present, there are more than 100 lychee varieties in China, with more than 60 in Guangzhou alone. Among these, varieties such as Nuomici, Guiwei, Feizixiao, and Gualyu are the most prominent. Huaizhi(one popular kind of lychee) accounts for approximately 70 to 80 percent of total production. Guiwei, with its crisp texture and sweet taste, and juicy nuomici, which is notable for its small kernel and strongly fruity, are both high-quality varieties.

Lychee, known as the "king of fruits", is produced abundantly in Conghua and Zengcheng and in several suburban areas of Guangzhou. Conghua is the famous lychee homeland. Its northern part is particularly suitable for lychee growth due to its moderate climate (it's located on the Tropic of Cancer) and plenty of fertile soil. The four most famous lychee varieties in Conghua are Shuiting Guiwei, Qiangang Nuomici, Jinggang Hongnuo and Shuangke Huaizhi.