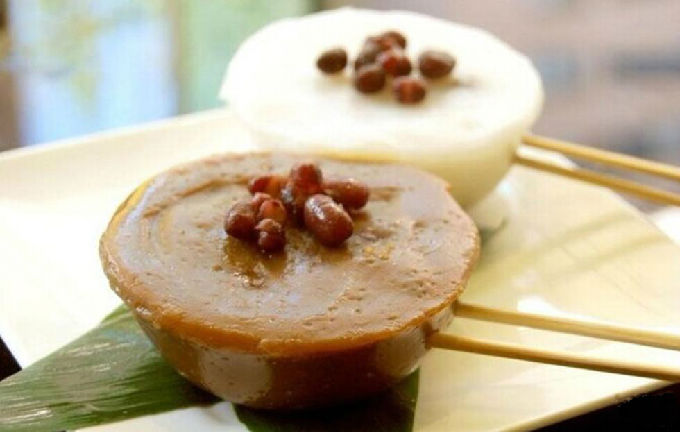 Bowl rice pudding, one of the traditional Guangdong snacks, has a history going back centuries. According to annals written during the the Xianfeng period of the Qing Dynasty (1850-61), a restaurant in the Ming Dynasty (1368-1644) used springs to wash sugar, and steamed the rice pudding in a bowl. The production technique was passed through generations and has lasted until today. It's popular not only in China, but also overseas.

The main ingredients of the snack are rice flour and wheat starch with a sweet taste. It comes in two distinct styles: old-fashioned bowl rice pudding and crystal bowl rice pudding, the latter appearing more in markets. The snack is snow-white with an oily and tender surface, crispy, sweet and chewy taste, and has more than ten flavors available, such as red bean, raisin, taro, corn, apple, coconut and pineapple.