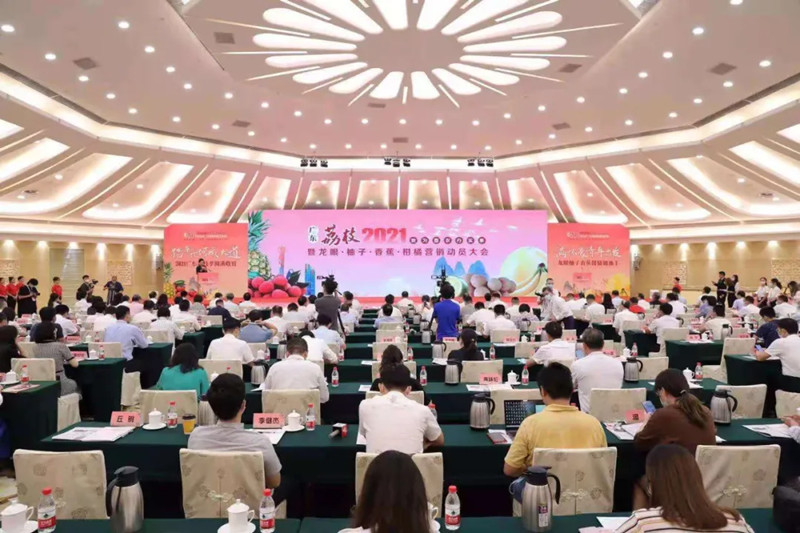 Conghua has won multiple awards for its achievements in lychee sales this year, among other things for excellent government service and high-quality development, and won the third place at the most valuable lychee regional public brands list, with a brand value of 6.8 billion yuan ($ 1.05 billion). Thirty-three lychee production bases in Conghua won the title of Guangdong lychee brand demonstration base.

The total lychee output in Conghua this year was 65,000 tons. All lychees are already sold out with online sales of 23,000 tons valued at 447 million yuan ($69 million), or 35 percent of the total. Among the total sales, 43,000 tons were fresh lychees and 22,000 tons were for processed lychee products. The export volume of Conghua lychees this year was 1,800 tons, an increase of 20 percent year on year.

The strong sales performance is a reflection of Conghua's efforts to implement the action plan for Guangdong lychee high-quality development, utilizing all resources to help achieving prosperity for lychee farmers.

The Conghua district government attached great importance to lychee sales and went all out, securing the smooth lychee sales despite the COVID-19 resurgence this year. 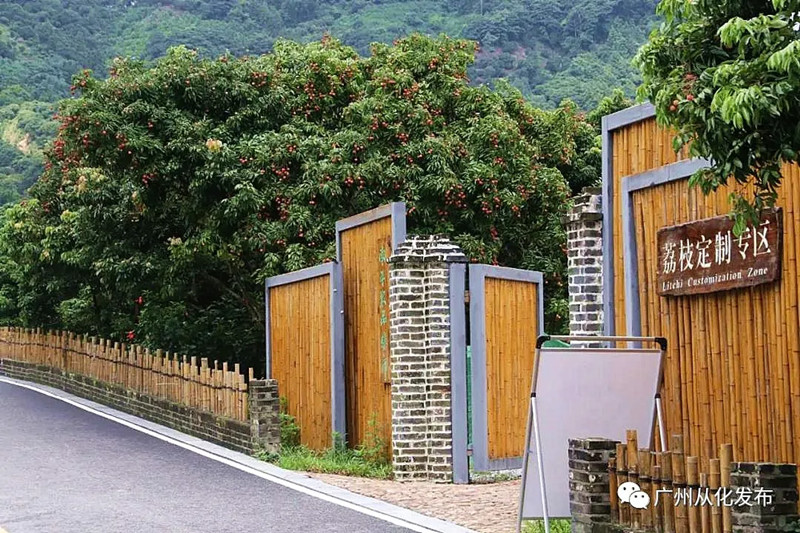 Preparing in advance and highlighting customization

The 2021 Conghua lychee customization campaign was launched on April 1.

Since then a series of marketing campaigns featuring e-commerce, charity and tourism were launched to secure orders.

Media outlets at all levels such as CCTV, Xinhua, Nanfang Daily and Guangzhou Daily, as well as streaming platforms, were cultivated to promote Conghua's lychee sales.

The upgraded lychee customization this year resulted in 10,000 package orders valued at over 25 million yuan. It helped boost the integrated development of the primary, secondary and tertiary industries and increased farmers' income. 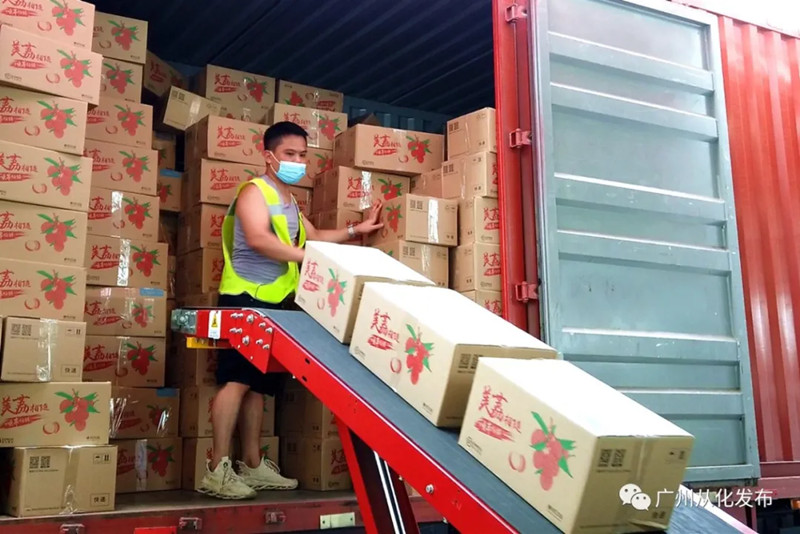 Conghua spared no efforts in promoting the lychee sales both domestically and internationally.

Cooperation with major e-commerce platforms such as JD.com and Tmall, as well as offline chain supermarkets was developed and daily sales of 1,500 to 2,000 tons of lychees ensured national coverage for Conghua lychees.

Meanwhile, with the advanced preservation technology and years of experience, Conghua lychees were exported to more than 10 countries including Canada, the United States and the United Kingdom.

To date, exports of Conghua lychees this year total 1,800 tons, valued at $9.5 million, an increase of 20 percent year on year. 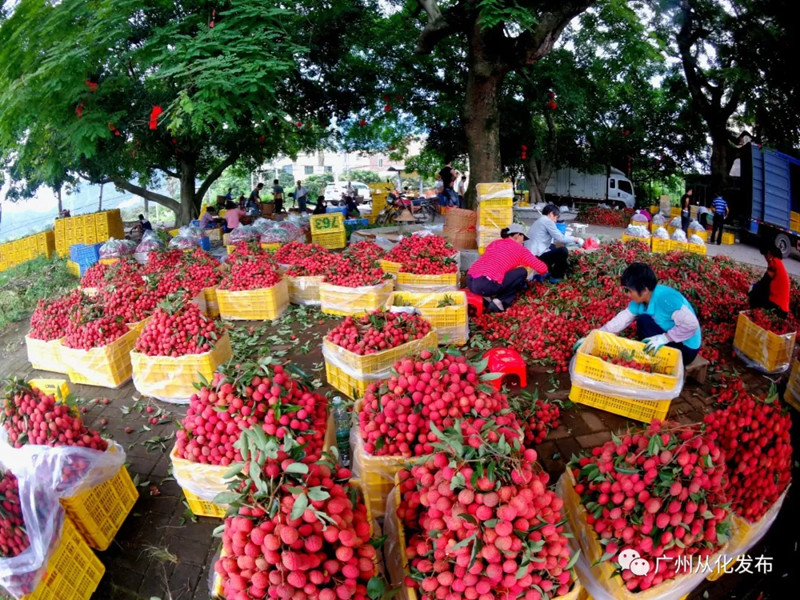 This year, massive pre-cooling and cold chain technologies were applied to ensure the freshness and quality of newly picked lychees. Over 200 packaging stations were set up to speed up transportation. Subsidies on lychee logistics and packaging expenses were provided to the cooperatives and farmers, to lower their costs.

Furthermore, to stimulate business, green channels on loans for lychee businesses were opened at major banks. So far, loans of over 60 million yuan have been approved to lychee entrepreneurs this year. With the enhanced capacity of the district's lychee processing sector, 23,000 tons of lychees were used for processed products such as lychee wine, to increase added value.

Victorious in lychee sales this year, Conghua has succeeded in increasing agricultural efficiency and people's income, and promoted rural revitalization in unique ways.