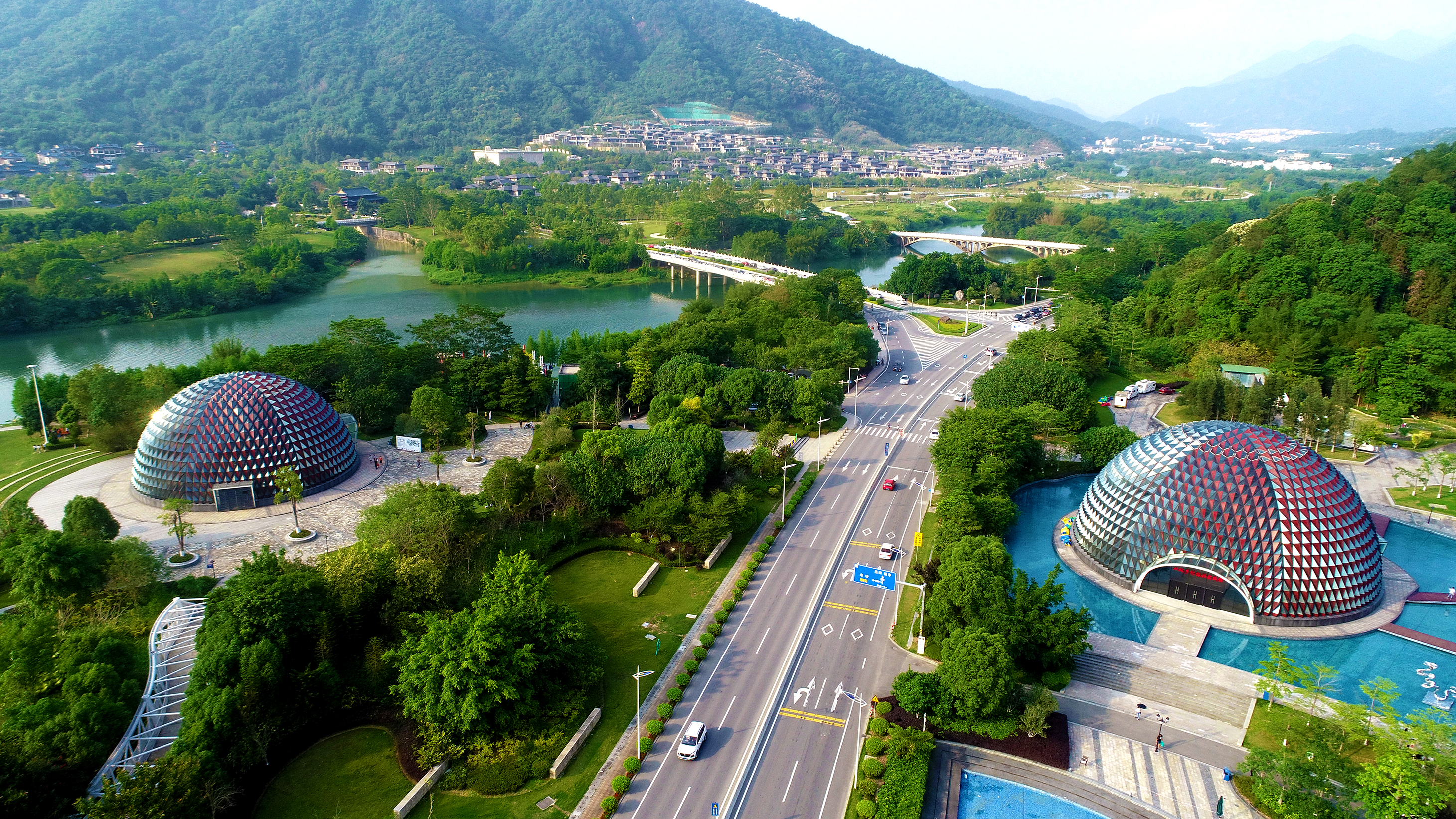 Located in the northeastern part of Guangzhou, South China's Guangdong province, Conghua is the provincial capital's largest administrative district with a total area of 1,985 square kilometers. It has a population with household registration of 641,700 and a permanent population of 649,500. With forest coverage reaching 69.1 percent, Conghua is one of China's Top 10 Green Cities and is known as the "Rear Garden of Guangzhou" and the "Pearl on the Tropic of Cancer".

Conghua has made significant achievements in rural vitalization over the years and is a national pilot area for the construction of rural governance systems. It is home to six provincial-level modern agricultural industrial parks and is building a national pilot zone for civilized practice, the only one of its kind in Guangzhou.

Conghua helped to host a successful Imperial Springs International Forum in 2019 attended by State leaders and over 260 former leaders of foreign countries and international organizations.

It hosted the second World Eco-Design Conference with the participation of design organizations and enterprises from over 30 countries.

Conghua is located in a low-latitude zone, with the Tropic of Cancer crossing its territory. It has a mild subtropical climate with annual average temperatures of 19.5℃-21.4℃.

Conghua has two national forest parks and more than 100 lakes and reservoirs. Its air and water quality stay at high levels throughout the year.

Conghua boasts hot springs comparable with those in Switzerland and is called the "Davos of the East". Conghua lychees also have an impressive reputation.

The establishment of subway line 14 and highways in the north has made the district part of Guangzhou's half-an-hour economic and living circle.

Conghua is the main transportation hub in northern Guangzhou, whose four horizontal and four vertical railway and expressway lines connect the district with other parts of the Pearl River Delta region within one hour and other cities of the Guangdong-Hong Kong-Macao Greater Bay Area within two hours.