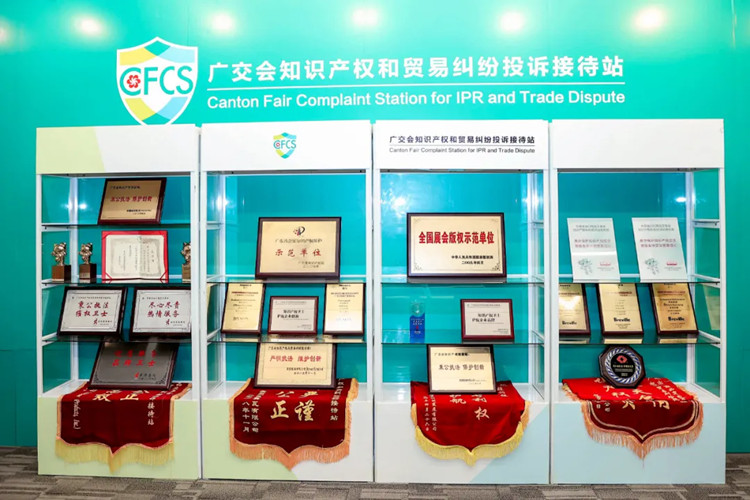 The 130th China Import and Export Fair plays an important role in protecting intellectual property rights and safeguarding the reputation of made-in-China products.

This is according to Cui Junhong, former deputy director of China Foreign Trade Center. “The Canton Fair shows our credibility of IPR protection. Products made in China are reliable,” Cui said.

The IPR protection offered by the Canton Fair can be traced back to the 1990s.

This year, the 130th Canton Fair innovated the way of protecting IPR. On the basis of the existing mechanism, the Canton Fair opened an online complaint management system for registered users of its official website platform.“Enterprises’ IPR is under protection with the help of both online and offline measures,” local officials said.

For enterprises suspected of IPR infringements, the Canton Fair will send letters of notification in a manner proportionate to the severity. Measures such as limits of the booth areas for the next Canton Fair, six years’ ineligibility, and disqualification will take place. Each complaint will be stored in files and entered into the system, which will be linked with the punishment mechanism.

“Exhibitors’ awareness of IPR protection has been continuously improved, and the staff members are feeling less stress when dealing with infringement,” Cui said.

Under the favorable business environment of the Canton Fair, more and more exhibitors can protect their IPR from infringements while increasing investment in technology research and development, and explore the market first with trademarks and brands.