Tianhe shows off past, future development at intl finance expo

Tianhe district showcased its development history and future development plans of its strong finance industry at the 10th China (Guangzhou) International Finance Expo, which took place from Sept 17 to 19 in Guangzhou. 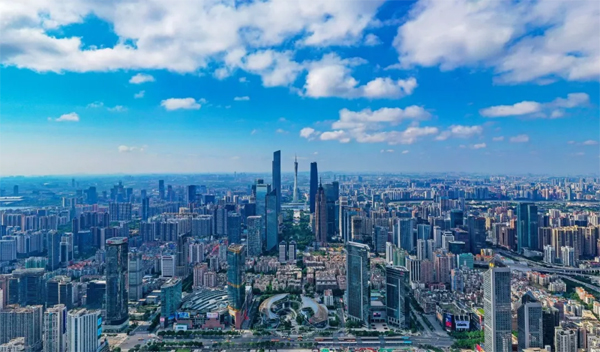 Finance is a strong engine for growth in Tianhe district. [Photo/WeChat account: tianhefabu]

Nine licensed financial institutions have settled in Tianhe since this year, increasing the total number to 236, which makes up over 70 percent of the city's total. There are 23 legal person financial institutions in the district, 43 listed companies at home and abroad, 67 enterprises listed on China's national New Over the Counter (OTC) Market, and 2,400 listed enterprises on the Guangdong Equity Exchange.

In November 2020, the district launched several measures to increase support for the finance industry. A maximum of 30 million yuan will be given to the newly settled legal person financial institutions, and a one-time reward of 1.2 million yuan will be given for establishing regional headquarters. Meanwhile, preferential policies for office buildings, talents, housing, and children's schooling have also been put in place.