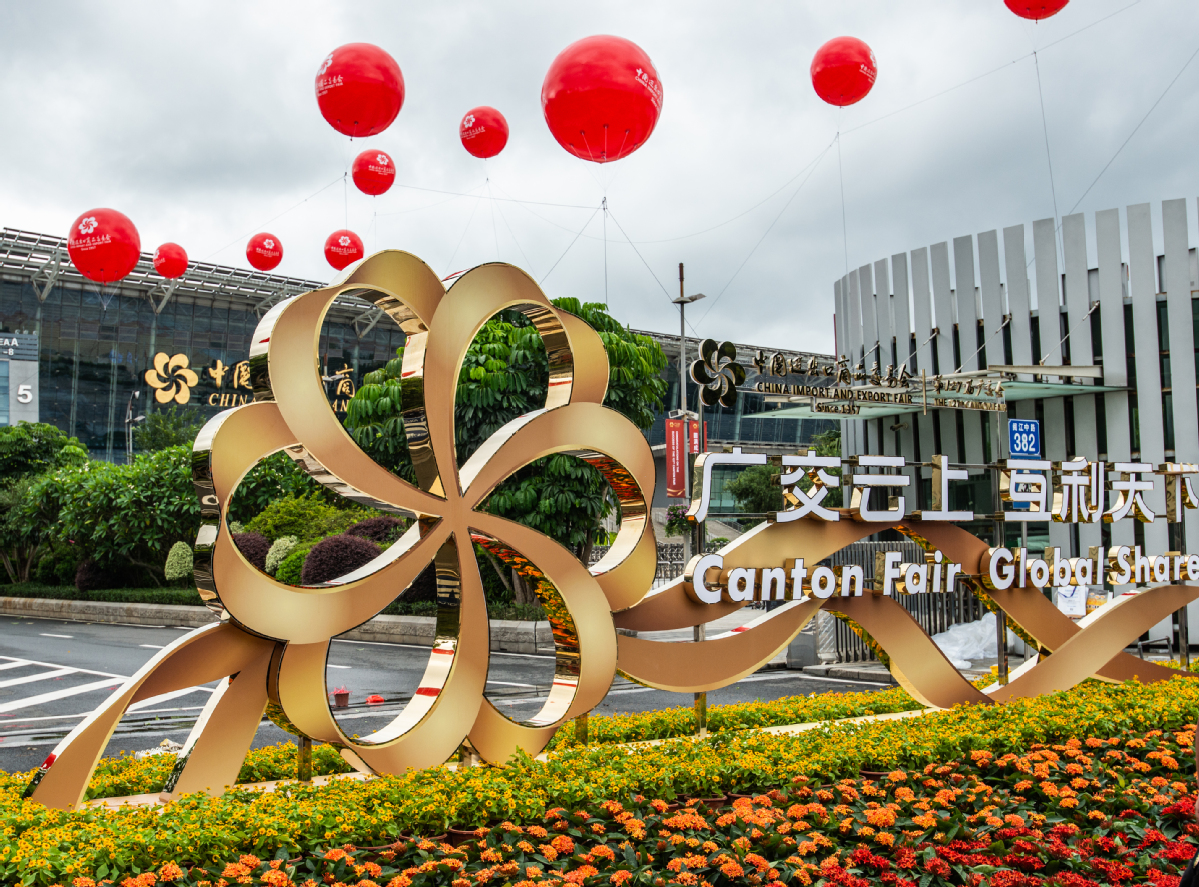 A view of the China Import and Export Fair Complex in Guangzhou, capital of South China's Guangdong province, on June 14, 2020. [Photo/CHINA DAILY]

China will host the 129th China Import and Export Fair online from April 15 to 24 to support the growth of its foreign trade and dual circulation development paradigm, the fair's organizer said.

The event, better known as the Canton Fair, is considered a key indicator of well-being for China's trade and commerce. This is the third time for the fair to be hosted online because of the impact caused by the COVID-19 pandemic.

Based on the current situation, the online session can further exemplify the fair's role as an all-round opening-up platform to maintain the smooth operation of industrial and supply chains of the country's foreign trade, said Xu Bing, the fair's spokesman.

The official said that nearly 26,000 Chinese and overseas companies will participate in the fair this month.

With about 60,000 booths, they will display more than 2.7 million items in total, covering 16 categories of goods, from consumer goods and building materials, to manufacturing machinery and household appliances at the fair.

Xu said the online exhibitors will not only be able to show pictures of their products, but also adopt online live-streaming, 3D technologies and virtual reality tools to demonstrate their goods, and hold online video negotiations with their potential buyers.

The China Import and Export Fair started in 1957. It is the country's largest comprehensive trade fair with the longest history, and the largest number of overseas buyers and product categories, according to information from the Ministry of Commerce.