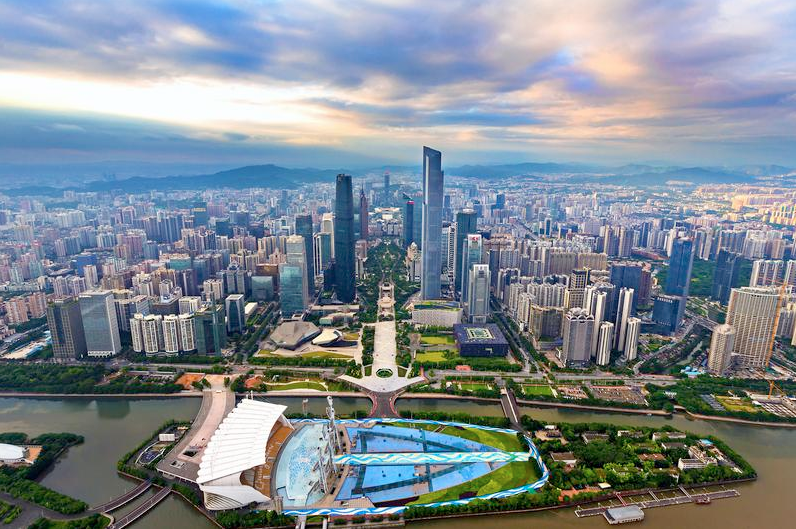 The Tianhe CBD has developed rapidly over the last 10 years. By reformatting its space and regional economic patterns it has become Guangzhou's most representative world-class business card. In 2020, the Tianhe CBD was approved as a national digital service export base, the only central business district in Guangdong province so selected and approved.

As Guangzhou's most powerful economic engine, the Tianhe CBD witnessed its GDP jump from 150 billion yuan in 2011 to more than 300 billion yuan($45.92billion) in 2020; its GDP now accounts for 12.5 percent of Guangzhou's total and surpasses that of more than two-thirds of prefecture-level cities of Guangdong province. The Tianhe CBD has become the leading new growth pole in the Guangdong-Hong Kong-Macao Greater Bay Area.

In 2019, it became China's top business center district with a gross domestic product of 332.8 billion yuan, higher than those of Shenzhen's Futian CBD and the Beijing CBD.